TangoRide is creating a new alternative transportation option for all commuters and all people. As City population increases, our roads become more congested and our public transport services feel the strain. The growth in intra-city travel needs cheaper and more sustainable solutions so we can save money, reduce vehicle emissions, and decrease the burden on City infrastructure.

We want to actively change the single car occupancy culture by educating drivers of the huge cost of solo driving and by incentivising all commuters to save ‘real’ money where possible. 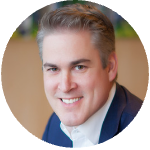 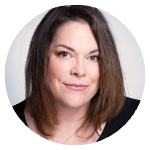 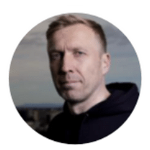 In two different cities, on two different continents, Vish Balyan and Malcolm Adams both had the same thought: “Solo commuting is crazy. Given today’s communications technology, we need a new way to convince neighbors to share the cost of commutes.”

For Vish in 2017, the thought first hit him in a Melbourne car dealership where he was finance manager and empathizing with customers over the rising cost of living. He was recognizing an emerging problem where families were having to buy a car or a second car because transit routes were either inconvenient or not yet established from their homes to work. Vish wondered if a sophisticated carpooling application could be the answer. With the encouragement and financial support of Agam Jain, a London based angel investor, Vish began the initial development of the TangoRide carpooling app in 2017 with a technical team familiar to him in India.

For Malcolm in November 2019, the thought first struck him when he was impatiently stuck in traffic and had the chance to observe the number of single drivers on the road, including himself! His well nurtured hate-for-waste and his passion for solving complex problems, triggered his curiosity about how much money, time and fossil fuel was being wasted everyday in Calgary….and the rest of the world! Like Vish, Malcolm also recognized that most solo drivers never calculate how much they spend per year on commuting because why know the number to a ‘necessary evil’. In addition, he saw the potential of suburban neighbors carpooling together and establishing new friendships, improving mental health and building stronger communities. “What if there was an app that connects neighbors in real-time, performs the cost recovery automatically between passenger and driver, literally takes vehicles off the road and reduces CO2 and tire pollution?” Now that could be special.

Assuming this was not an original idea, Malcolm searched the internet and the App store looking for existing carpool technology solutions. He only found one that shared the same platform vision: TangoRide UK. So Malcolm reached out to Vish on LinkedIn to learn more about his company and their business relationship and friendship has continued to evolve since then. TangoRide Inc. was incorporated on November 4th, 2022 with Malcolm taking on leadership of the company as CEO. Vish now gets to focus on further product development of the app as we get set for beta testing of our app in the Calgary Metro Area. It only take two to Tango, but we will be looking to add many more talented people to our team as our journey continues.

Tell us your work’s postal code and we can tell you how much it costs you every year to commute (and how much you could save with TangoRide). 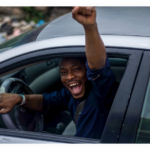